It’s no secret that the popularity of overseas travel is on the rise in China. All of the indicators, such as the growing number of passports and travel visas issued for Chinese tourists, have been in the green for some time.

With increasing demand for experiences, wealthy Chinese and the growing middle class are spending more and more on international trips.

The Chinese National Day holiday period that started on October 1 and runs until October 7, also known as Golden Week, represents the most important milestone after Chinese New Year in terms of number of Chinese travellers.

With this in mind, Digital Luxury Group partnered with simplyBrand to analyse the online buzz on Sina Weibo, WeChat, and leading travel sites such as Ctrip, Qunar, and Tuniu to uncover what Chinese travellers are discussing. Results are based on an analysis of over 83,721 spontaneous messages posted online.

South Korea and Japan In; Hong Kong Out South Korea and Japan are the big winners for short trips and remain favoured destinations. It clearly appears that popular destinations are now winning over Hong Kong because they can offer more than just attractive retail prices.

Luxury Shopping Remains at the Center of Travel Activities While the demand for experiential travel is growing, shopping remains a key draw, as evidenced by the monitoring of various travel discussions. In fact, 8 percent of the total buzz analysed directly mentioned specific luxury brands.

Fifteen percent of the audience mentioning overseas trips were from Guangdong, which topped the city ranking, followed by Beijing, Shanghai, Zhejiang, and Jiangsu. Additionally, more than half of the online users sharing online about their summer trips were between 21 and 30 years old. Beauty products were mentioned most, followed by handbags, watches, and then jewellery. Within the beauty category, 17 percent of discussions were about perfume.

Indicators are confirming the growing similarities between the habits of Chinese travellers and those of their European and U.S. peers, and this can be observed beyond the first-tier cities. Travellers are now considering more destinations than in the past and their expectations have changed. 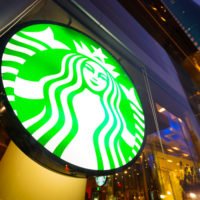 Starbucks to launch delivery service in China
Next Article 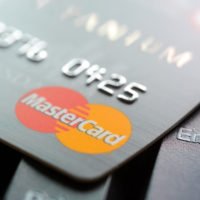