Challenges and opportunities for the Greater Bay Area

The Greater Bay Area (“GBA”) is a China policy initiative aimed at promoting closer cooperation and coordination between 11 cities of the Pearl River Delta among which, Hong Kong, Macao, Shenzhen, and Guangzhou shall serve as core engines.

China’s Belt & Road Initiative
The idea emerged in 2015, as part of the China Belt and Road Initiative. In 2016, it was isolated as a distinct project and included in China 13th Five-Year Plan for 2016-2020.

On February 18th, 2019, the Chinese Government eventually issued its Outline Development Plan for the GBA, which intends to guide current and future developments within an ecosystem integrated both physically and digitally.

Numbers speak for themselves: with a population of more than 70 million and a total GDP of USD 1.56 trillion, the size of the GBA economy is close to Russia’s, larger than Spain’s and Australia’s, and just behind that of Korea; Guangdong Province alone generates 14% of China national GDP; and the Pearl River Delta region is now the largest urban area in the world, overtaking Tokyo.

The goal of the GBA initiative is to create a city cluster offering regional competitive advantages, rivaling with international existing bays such as those of San Francisco, Tokyo, or New York.

Outline Development Plan
The Plan aims to turn the Greater Bay Area into a world-class city that houses an international innovation, science and technology hub, infrastructural connectivity, financial integration and social betterment with smart cities and an advanced manufacturing and IT powerhouse.

Challenges and opportunities
The Greater Bay Area presents significant business opportunities and includes Hong Kong and Shenzen, an established and emerging international financial centers. This (the Plan) is the opportunity for Hong Kong to redefine its regional role.

On the one hand, Hong Kong’s status as international connector should naturally enable the city to promote the GBA initiative overseas and attract more capital and talents therein.

On the other hand, Hong Kong should take advantage of its financial leadership and of the opportunities offered by the 9 Mainland Chinese cities of the GBA in terms of market reach, industrial system, and technological developments.

GBA has the potential to extend its reach beyond the Pearl River Delta region. In the longer term, it should be able to act as a catalyst for China’s broader Belt and Road Initiative, where Hong Kong should strengthen its role as a global offshore RMB center and as dispute resolution hub for resolving investment and commercial disagreements dealing with Belt and Road projects.

One of the challenge is a cross-border payments and transfers of data, regional taxation, and regulations on foreign-direct investments. The example of data transfers illustrates well enough the scale and complexity of the challenge: while Hong Kong regulations on data privacy try to draw a balance between the protection of individuals and the promotion of trade and economic developments, China Cybersecurity Law emphasizes the protection of national interest and security.

The GBA Initiative is a long-term strategic project and we shall certainly keep an eye on the upcoming actions undertaken both regionally and locally, which shall make it easier in the future to operate within the region.

The size, economic potential and interconnectivity of the GBA will create significant opportunities for a wide range of sectors, including infrastructure, construction, real estate, financial services, insurance, capital markets, technology and many others.

To fully take advantage of these opportunities, businesses should carefully evaluate the potential impacts of GBA integration and develop comprehensive business policies based on the connectivity of the area and flows of goods, talent, and resources within it. Also, they should consider the roles and advantages of cities in the GBA (Guangdong, Macau, Hong Kong and Shenzen and etc.). 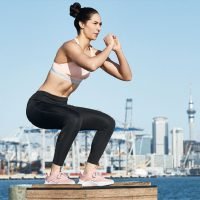 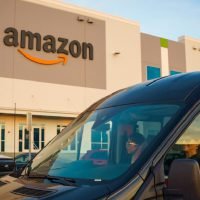