Located in the capital’s District 1 region, the new Bulgari Vietnam flagship opened without much fanfare in February, due to the current Covid-19 pandemic and related social distancing restrictions.

It also marks the high-end brand’s return to Vietnam, after its work with local distributor, Imex Pan Pacific Group, finished up in March 2019. In October 2019, Bulgari went on to establish a subsidiary in Vietnam, replacing the partnership.

The opening comes as Vietnam continues to report rapid urbanisation and economic growth, attracting tourism and shoppers to the southeast Asian nation.

“We will be able to approach our potential customers, who usually buy luxury products when traveling to foreign countries,” a Bulgari Vietnam spokesperson told VnExpress.

According to Statista, revenue in the luxury goods market in Vietnam is set to reach US$1.141 billion in 2021, with luxury leather goods contributing the most sales with a market volume of US$332 million.

The Vietnamese luxury market is expected to grow annually by 7.17% over the next four years, said Statista.

Founded in Rome in 1884 by Sotirios Voulgaris, Bulgari is an Italian luxury brand known for its luxury jewellery, watches, fragrances, accessories and leather goods. Bulgari is today owned by LVMH, after it was purchased by the French luxury conglomerate in 2011.

In its most recent trading update, LVMH reported a 3% drop in comparable sales for the fourth quarter. While the group does not report individual brand revenues, overall group sales for the October to December period came in at US$17 billion, in line with forecasts, reported Reuters. 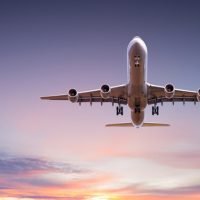