In a setting replete with life-size replicas of iconic landmarks from New York, BT21 will lead visitors on a getaway to the Big Apple with Insta-worthy scenes galore and fabulous prizes up for grabs.

BT21 characters are sitting on a bench with a gigantic selfie wall of the Kiehl’s New York Flagship Store located at the corner of 13th Street and 3rd Avenue. Next to the scene parks the iconic New York City yellow cab that evokes the nostalgic memories of a walk down the city’s streets. Meanwhile, BT21 characters including KOYA, RJ, SHOOKY, MANG, CHIMMY, TATA and COOKY are all over the place with quirky poses.

By sharing photos taken at the photo spots on social media platform with hashtag #LINEFRIENDSHongKong #BT21 #KIEHLSHK, visitors can redeem the prizes, including hand sanitizers, stickers, mask holders and memo pads exclusive to this pop-up. Visitors can try their luck on a capsule machine and get some travel-size of Kiehl’s hero products. Prizes are provided on first-come, first-served basis.

Kiehl’s best-selling Ultra Facial Cream comes with a bottle lid sticker featuring the BT21 characters. For the 50ml version, customers can choose to one with an individual character posing in front of a landmark in New York, and also print a name on it at the store to make a personalized gift. 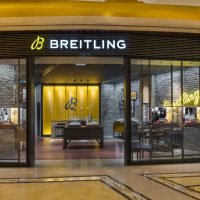