SEE ALSO : Blue Bottle Coffee arrives in Seoul in May

The third store will be open in Gangnam N Tower building in Seoul in the second half of this year.

The new white-wall shop in Samcheong-dong featuring its signature design focus on natural light was designed by Japanese architect Jo Nagasaka, who also led the designing of Blue Bottle’s first Korean store in Seongsu-dong and the Tokyo store.

The three-story main building provides a transparent view to the Seoul center of National Museum of Modern and Contemporary Art, Korea (MMCA) through glass walls on the first floor.

Order is available at the counter on the first floor, and customers can enjoy their coffee drinks and food on the second and third floors.

An annex building to the Samcheong store is a renewed Hanok, Korean traditional-style house, furnished with pink and mint color furniture. Booking for this separate area is available starting the end of July 2019.

The Samcheong store is planning to offer Korea-exclusive menu and goods for customers.

Founded in 2002 in Oakland, California, Blue Bottle Coffee runs 56 cafes in the U.S. and 10 in Japan. Korea is the coffee chain’s second international launch, since it opened its first overseas shop in Tokyo in 2015. 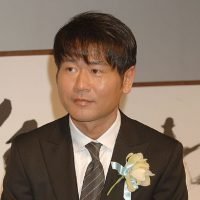 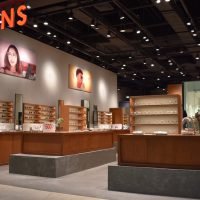 Japan's JINS up at home and abroad