The 330 sqm venue, with views of the airfield, is modelled on Stomping Ground’s Collingwood Beer Hall, and features 24 draught beers and six wines on tap.

Each year up to 30 different beers will be brewed on-site, meaning frequent travellers can experience new styles every time they travel, said the partners.

Tasting paddles plus takeaway tinnies are also on sale, and passengers can choose from the menu developed by Stomping Ground’s Executive Chef, Ben Isaacs. Melbourne Airport Chief of Retail Andrew Gardiner said the brewery is part of the airport’s efforts to create a Sense of Place at the airport.

“There is huge demand for craft beer in Melbourne so the decision to open a brewery made sense, and we are proud to be the first airport in Australia, and fourth airport in the world to launch the unique concept. We are focused on bringing Melbourne’s iconic culinary scene to the airport and this latest development showcases inner-city Melbourne at its best,” said Gardiner.

Stomping Ground Co-Founder Justin Joiner said: “We are excited to be representing Melbourne’s thriving independent brewing scene, and joining some of the city’s best food and drink operators at our own airport.”

He added: “The enjoyment of tasting different styles of beer is behind the explosion of interest in local breweries. We will be tapping new beers most weeks so there could well be a new beer added between when you depart and arrive home.” 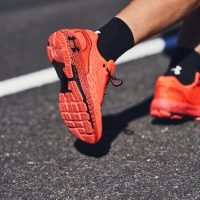 Under Armour appoints new COO and CXO
Next Article 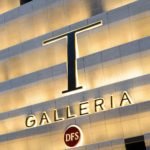