The Australian Bureau of Statistics reported growth of 9.4 per cent for the month of December, compared with the previous December in 2019.

However, the seasonally adjusted December sales were 3.9% less than the previous month’s 13.3 per cent, as spending dropped $1.33 billion over the month.

The drop was due the back of superior spending levels in November as state economies opened up again.

“What we know for sure is that the summer retail season, which now includes Black Friday and Cyber Monday in November, has been as strong as we have seen for many years,” said National Retail Association CEO, Dominique Lamb.

“This is partly due to the sudden reopening of state economies, particularly Victoria, during November, and partly due to the fact that Australians have more discretionary income because they aren’t able to travel widely at the moment. But we also know there is a rapidly rising trend of people doing their bargain hunting in November and bringing forward that Christmas gift spending, but then having a round of ‘leftovers’ on Boxing Day,” added Lamb.

“November sales were underpinned by an easing of restrictions in Victoria, new product releases and Black Friday sales,” James said.

By state, Victoria led the decline, slipping 7 per cent after a whopping 22 per cent rise in November. Elsewhere, New South Wales sales fell 5 per cent in December, due to Covid 19 outbreaks. 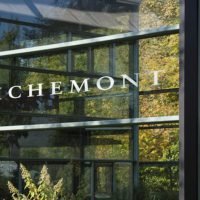