Australian retail sales rally in October ahead of Holiday season

After a dire August and September, Australia’s retail sales rallied in October, with revenues in the Oceania nation lifting 1.6 percent month-on-month, just ahead of the all-important Holiday season.

According to Australian Bureau of Statistics, domestic retail sales in October witnessed a 7.3 per cent surge year-on-year, as Victorian retailers reopened their doors to trade following mandatory lockdown in the state, due to Covid-19 restrictions.

“Victorian retailers reopening at the end of the month has helped to provide a boost inc overall turnover for the month of October,” said National Retail Association Deputy CEO, Lindsay Carroll, in a press statement.

By state, Victoria – which has just exited a lockdown of more than 100 days — saw retail sales jump 5.2 per cent from September, while New South Wales saw a 1.6 per cent climb. By category, cafes, restaurants and takeaway food outlets led the retail rebound in October, while clothing, footwear and personal accessory retail also rose retailing, said the ABS.

“According to the ABS, retail sales for October are well up on the corresponding month last year but we are still operating in challenging times and there’s no room for complacency,” said Carroll.

“The continuation of government assistance measures and Australians being unable to travel overseas does mean that consumers currently have a healthy level of discretionary spending power,” continued Carroll.

Carroll said that the October results set an optimistic tone for Australia, as the retail industry heads into the busy Christmas period.

“Many businesses desperately need a Christmas sales splurge to stay afloat heading into 2021 and hopefully we see further increases in monthly turnover between now and the end of the year,” added Carroll.

According to the NRA, Australians will spend some AU$52.4 billion nationwide over the Christmas period. 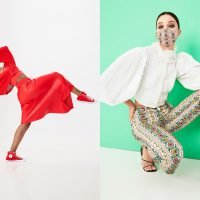