After a stagnant year for retail in Australia, the nation’s leading retail body announced double-digit retail revenue growth for the month of November.

By category, clothing and footwear were the strongest retail growth areas, up by 26.7 per cent, followed by department store spending, up 21.1 per cent, and household goods, up 12.7 per cent.

Month-on-month, retail sales in November recorded an increase from October of 7.1 per cent, seasonally adjusted, according to the ABS, on the back of an easing of Covid-19 restrictions, particularly in Melbourne.

“It is understandable that there would be an increase from October to November as lockdowns eased,” said National Retail Association CEO, Dominique Lamb.

“What is most pleasing is the very strong year-on-year increase. This shows that Australian consumers remained confident and were spending on items for themselves and for their homes,” continued Lamb.

Lamb went on to credit cashed-up consumers as a driving force, despite the higher-than-expected unemployment rates.

“This is partly due to the lock down and inability to travel, but it is also due to the well targeted stimulus packages delivered by the state and federal governments,” added Lamb.

By state, Victoria recorded the strongest growth with an increase of 22.4 per cent, thanks to its lockdown being lifted during the month. Queensland retail sales were next, rising 4.5 per cent, followed by Tasmania, up 3.4 per cent.

Looking ahead, Australia’s retail sales in December are expected to be equally as strong. “Based on the feedback we have received from [retailers], we expect a strong showing in December as well,” concluded Lamb. 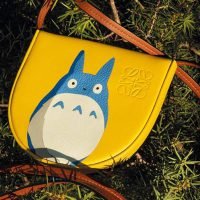 Loewe and My Neighbor Totoro collaborate for a collection
Next Article 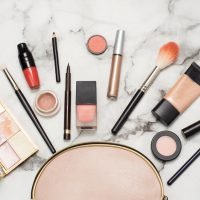 China is the most expensive market for beauty products