The Alibaba-affiliated payment app will roll out the million-dollar investment over the next ten years. In doing so, it hopes to develop women’s football in China, with the overall aim of making the sport more sustainable and accessible to young girls.

The foundations of Alibaba (BABA) co-founder Jack Ma and executive vice chairman Joe Tsai are also taking part in the pledge. The three charities, as well as the Chinese Football Association (CFA), which is the governing body for soccer in China, will manage funds.

“We are very grateful for Alipay’s unprecedented, ten-year commitment to
women’s football in China,” said Cai Yong, executive committee member of the CFA.

“Women’s football is not just a sport, but also a powerful social cause that encourages girls and women to pursue their dreams and ambitions,” he continued.

The news is an extension of Alipay’s commitment to women’s soccer, building on its
two-year long program to support young girls in Qiongzhong Li and Miao Autonomous County, Hainan Province.

“Over the past two years, I have seen from the girls in Qiongzhong that football has brought them more than just physical fitness and technical skills. It has also opened doors for them to more life options and opportunities, as well as tenacity and fighting spirit,” said Eric Jing, chairman and chief executive of Ant Financial Services Group, an affiliate of Alibaba Group and the operator of Alipay.

“This has strengthened our determination to expand our support and enable more
development and innovation in women’s and girls’ football in China,” he continued.

It also marks Alipay’s most recent investment in football, following the announcement in December of its eight-year, €200 million ($230 million) deal with UEFA to become the official global payment partner for all national team tournaments in Europe. 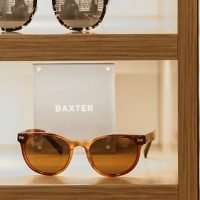