South Korean duty free sales in the first nine months of 2018 have exceeded total sales for 2017.

Sales hit an all-time high of US$12.9 billion between January and September, according to Korea Duty Free Shops Association.

That figure exceeds the US$12.8 billion recorded for full year 2017.

The performance comes despite a significant fall in the number of Chinese tourists to South Korea since the THAAD dispute erupted in early 2017, with a number of restrictions imposed by the Chinese government including a ban on group tours.

As reported, the latest Korea Tourism Organization (KTO) figures showed that Chinese arrivals were up just +6.5 percent year-on-year (to 3,059,075) in the first eight months of 2018, reflecting a very tough first quarter before Korean-Chinese relations improved as the THAAD dispute eased.

In the first eight months of 2016 – long before the THAAD crisis began– some 5,608,046 Chinese arrived in South Korea. That figure is +83% higher than the 2018 performance over the same timeframe, highlighting the scale of the drop in Chinese tourist numbers.

A key factor driving sales is the daigou phenomenon.

Daigou (also known as ‘shuttle traders’ in South Korea) buy goods abroad (predominantly cosmetics but also a wide range of accessories and other premium and luxury goods, as well as commodity items such as milk powder) and resell them (often through well-organised networks) on the Mainland.

As reported though, a Chinese government crackdown on returning daigou shoppers after the Golden Week holiday (1-7 October) has raised serious questions about the future of a sector that has buoyed Asia Pacific travel retail in recent times.

Many South Korean retailers expect China to continue to ease economic and travel restrictions, including a full lifting of the ban on group tours in the near future.

The return of group tours would be a significant boost – and could mean the pendulum swings back from individual shuttle traders to large group tours and traditional FIT business in terms of being the key driver of duty free sales. 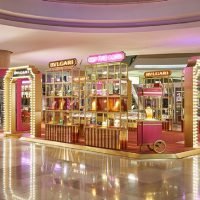 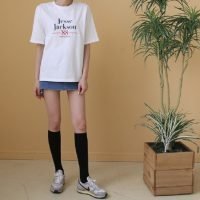