International fashion lingerie and apparel label 6IXTY8IGHT continues to expand its brick-and-mortar store presence in Great China and Southeast Asia regions, and to debut in Japan with its own online store opened on 20th June, 2020.

With over 160 stores in Mainland China, in which most of them located in Tier 1 cities, the brand continues to penetrate the market by opening new stores in Tier 2 & 3 cities such as Lanzhou, Taiyuan and Dalian. 6IXTY8IGHT had once put a pause on its store opening plan during the city lockdowns across Asia from COVID-19. But now the brand is resuming the plan quickly along with city recovery and pushing aggressive promotional activities in stores and online, including the release of China exclusive collection with KAKAO FRIENDS, opening pop-up stores in department stores, promoting new combo offers on bras and nightwear categories as well as end-of-season sale.

6IXTY8IGHT.com had become the fashion lingerie label’s top priority since the beginning of 2020. The brand had debut in Japan market on 20th June via opening its own online store with a full range of lingerie, underwear, nightwear, homewear, loungewear, casualwear and accessories.

6IXTY8IGHT continues to expand number of physical stores in Mainland China, including the Lanzhou Centre store (Lanzhou) and TY Incity store (Taiyuan) both opened on 20th of June; and three other new stores The Plaza store (Guangzhou), New Mart store and Yihe City store (both in Dalian) will be opening on 3rd of July. In total, there will be 165 stores in Mainland China by end of July 2020.

In Hong Kong, the Harbour North store, opened on 27th of June, is the 4th store on HK Island and making up a total of 32 stores in the city. Two new stores are planned to open in Taiwan within July -Nangang Citylink store (Taipei City) and Honhui Plaza store (New Taipei City), the 11th & 12th stores of the fashion lingerie label in the region. In Malaysia, the Avenue K store (Jalan Ampang) is ready to open for business on 30th of June; while the stores in Tropicana Gardens Mall (Selangor) and Sunway Putra Mall (Kuala Lumpur) will be ready within July. In addition, the brand made its first debut in Japan by expanding its own e-commerce store 6IXTY8IGHT.com. 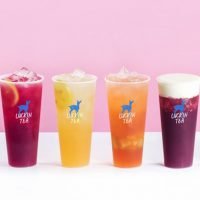 Luckin Coffee to delist from Nasdaq