O2O (online-to-offline) commerce identifies customers in the cyber space, through emails and Internet advertising. Then it uses a variety of tools and approaches to entice the consumers to arrive brick-and-mortar stores.

Online connectivity in ASEAN countries remains relatively low. In Vietnam, the Philippines, Thailand and Indonesia, less than a half of the population uses the Internet. Limited network coverage, high cost of connection, and slow Internet speed are must-do things of telcos and Internet service providers.

Two-thirds of adults have bank accounts in Singapore, Thailand and Malaysia. While in Philippines, Vietnam and Indonesia, 70-80 percent of citizens are “unbanked”.
Consumers don’t have trust in online transactions. Fear of fraud is popular in emerging markets. Last-mile delivery troubles for retail e-commerce. These factors have not been solved adequately, yet physical outlets still take crucial role in trading.

2. Titans do, tiny people also do

On this globe, no one knows Apple. This technology company provides both hardware products (Mac, iPod, iPhone, iPad) and services (Apple Pay, Apple Store, iTunes Store). The surprising thing is Apple had 478 retail stores in worldwide. Singapore was first country where Apple landed in Southeast Asia and the next is maybe Malaysia.

Amazon, an electronic commerce and cloud computing company, opened the first Amazon Books store in Nov 2015. It was looking to open 400 physical stores to provide a more personal shopping experience to its consumers. The investment into Indonesia in year 2016-2017 possibly opens Book store.

LINE is a smartphone app which allows users to enjoy free calls and messages with other LINE users. LINE Corp has planned to open 100 physical stores in order to boost revenue since 2014. Until now, LINE Friends Stores have presented in Bangkok, Kuala Lumpur, Singapore.

Alongside Internet companies, venture capitalists also have an eye on companies that own offline sales channel.

Bhinneka: The Indonesian e-commerce firm operates both online and offline. The founders raised successfully US$22 million from Ideosource in Nov 2015.

Dressbelle is O2O fashion platform based in Singapore, owns four brick-and-mortar stalls. It was acquired for US$5.5 million in Jul 2016.

Hera Capital has just invested S$5 million (US$3.7 million) into SaladStop, Singapore’s leading chain of salad bars. The SaladStop operates 15 outlets in Singapore and eight in the Philippines. On the technology front, it is developing online and mobile platforms.

So now, if you are an e-commerce startup, do not hesitate to open outlets. Because O2O economy is sustainable and long-lasting in Southeast Asia. 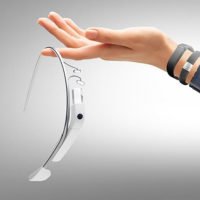 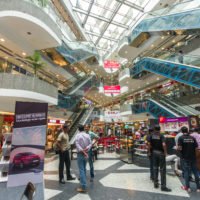