SEE ALSO : Duty-free on arrival set for Incheon next year

The performance ranks Incheon as the world’s number one airport for duty free sales in 2018, ahead of Dubai International. The latter’s anchor retailer, Dubai Duty Free, posted 2018 sales of US$2.015 billion.

Sales rose 14.8% year-on-year, driven by the successful opening of Terminal 2 in 2018 and increased passenger traffic from the 2018 PyeongChang Winter Olympics. Departing passenger traffic rose 9.9% in the year, Incheon International Airport Corporation told The Moodie Davitt Report. A total of 67.7 million passengers used the airport in 2018, including 33.9 million arriving and 33.8 million departing.

Cosmetics & perfumes continued as the leading product category with a 40% share of the mix and US$953 million in sales. Liquor and tobacco combined took second place with US$540 million (23%).

“With the introduction of the first arrival duty free in Korea, Incheon Airport will strengthen its competitiveness as the leading airport of the industry, satisfying customers through an advanced shopping environment,” IAAC commented.

IIAC noted the retail performance of T2, which opened in January 2018. The terminal boasts outstanding beauty, liquor and tobacco flagship stores that feature exceptional design and digital and experiential components, the corporation said. Luxury boutiques such as Chanel and Valentino also played a role in the record-breaking performance.

T1 performance was boosted by the addition of new retailers, Shinsegae Duty Free and Grand Duty Free. Both had minimised store closure periods during their respective handovers, IIAC said.

Despite the collapse in Chinese tourism to South Korea from March 2017 driven by the THAAD row with China, duty free sales have maintained their upward curve throughout the ensuing period. Even in 2017, the nadir of the crisis, Incheon posted a 4.1% rise in duty free sales (admittedly well behind a 7.6% passenger increase).

While Chinese tourism numbers are still well short of 2016 levels (-41.6% for the first 11 months of 2018), spending by daigou traders spurred the Korean duty free market to new heights last year. Incheon, while having a more balanced passenger spending profile than the overwhelmingly Chinese-dominated downtown stores, still benefited from that trend.

What happens in 2019 following China’s introduction this month of a new e-commerce designed to crack down on daigou imports? That’s the question on everyone’s lips in Korean (and Asian) travel retail. Incheon International Airport Corporation will hope that a combination of a steady recovery in traditional Chinese tourism, daigou ingenuity in getting around the rules, and strong Japanese and Korean business will maintain the upward trajectory. The imminent introduction of the country’s first arrivals shops will help too.

Higher sales in 2018 did not, of course, equate to higher profitability for the country’s duty free retailers, hurt by the high costs of attracting daigou shoppers. For Incheon International Airport, however, safely wrapped up in the safe haven of steep minimum annual guarantees, 2018 will go down as a stellar year. 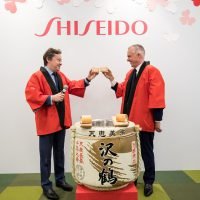 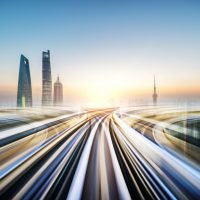