Fast fashion brand Miniso is one of the fastest growing brands in the retail industry as it opened more than 1,400 stores around the world in the past two years. The fast fashion chain held a global investment conference in Hong Kong recently, and established strategic cooperation relationships with Chinese Taipei, Myanmar and Thailand.

“These three regions and countries have strong strength in economy, trade, and culture in the Asia-pacific region. To set up Miniso stores there will undoubtedly be a further step Miniso’s brand expansion,” the retailer said in a statement.

It also plans to start business in the US, Germany, Spain and other regions and countries in the European and American markets.

Founded by Japanese designer Miyake Jyunya and young Chinese entrepreneur Ye Guofu, the brand sells simple and fashionable commodities with prices between CNY10-29 (USD1.5-4) which are very popular among young people aged at 18 -35 years old. It was introduced by a Chinese consortium in 2013 in Guangzhou and began its expansion across China since then. 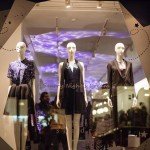 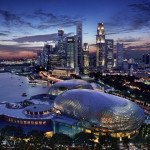