Under the agreement, Alibaba will buy about USD500 million worth of newly issued equity capital and acquire shares from certain shareholders of Lazada, the company said on Tuesday.

The deal is expected to help brands and distributors around the world that already do business on Alibaba’s platform, as well as local merchants, to access the Southeast Asian consumer market.

Lazada currently operates eCommerce platforms in Indonesia, Malaysia, the Philippines, Singapore, Thailand and Vietnam. These six countries combined have a population of approximately 560 million and an estimated Internet user base of 200 million, according to Internet Live Stats. With only 3 percent of the region’s total retail sales conducted online, Southeast Asia is expected to offer tremendous growth potential to both companies as internet penetration continues to rise.

“Globalization is a critical strategy for the growth of Alibaba Group today and well into the future,” said Michael Evans, President of Alibaba. “With the investment in Lazada, Alibaba gains access to a platform with a large and growing consumer base outside China, a proven management team and a solid foundation for future growth in one of the most promising regions for eCommerce globally. This investment is consistent with our strategy of connecting brands, distributors and consumers wherever they are and support our ecosystem expansion in Southeast Asia to better serve our customers.”

“The transaction will help us to accelerate our goal to provide the 560 million consumers in the region access to the broadest and most unique assortment of products. Furthermore, leveraging Alibaba’s unique knowhow and technology will allow us to rapidly improve our services and provide an even more effortless shopping and selling experience,” said Max Bittner, CEO of Lazada Group.

Launched by German internet company Rocket Internet in 2010, Lazada has grown rapidly to include over 7,000 full-time employees in the region, with operations in Indonesia, Malaysia, Philippines, Singapore, Thailand and Vietnam, and a sourcing centre in HongKong.

This deal values Lazada at USD1.5 billion, Rocket said in a separate statement. The Berlin-based startup incubator will hold 8.8 percent stake in Lazada after the transaction which represents over 15 times as much as its total investment of EUR18 million (USD20.5m). 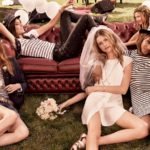