White Day originated in Japan and it is widely celebrated in different parts of Asia, such as South Korea and Taiwan.

You may ask what is the difference between Valentine’s Day and White Day? Why is it called “White” Day?

It all goes back to the 1960s. When Valentine’s Day first came to Japan, women were the ones giving chocolates to men and it was not customary for men who received chocolates to return the favor. For the sake of fairness, another Valentine’s Day called White Day was created so that both sides could experience receiving and giving gifts.

The idea was first introduced by a confectionary shop in Japan called Ishimura Manseido in the 1970s. The executive of the company was looking for inspiration on a woman’s magazine and came across a letter written by a woman who pointed out the unfairness of Valentine’s Day and wishes to get something, like marshmallows,  in return.

Very soon, Ishimura Manseido marketed marshmallows for men to give women on 14th March, calling it the “Marshmallow Day.” This inspired the National Confectionary Industry Association to create White Day on 14th March as a “reply day” for men who received gifts on Valentine’s Day to return the favor to the women who gave them gifts.

The color white is not chosen because of marshmallows, but because it is the color of purity (pure love) and sugar. The initial name was “Ai ni Kotaeru White Day” (Answer Love on White Day).

Traditionally, on Japanese Valentine’s Day, giving chocolate is the norm and there are different types of chocolate giving for different purposes. What about for White Day?

Before White Day became official, marshmallows were popular, particularly marshmallows covered in chocolate. The chocolate represented the woman’s feelings of affection and it is returned, covering marshmallows, which means pure love.

However, due to the fact that marshmallows melt so fast, the meaning of receiving marshmallows is “I dislike you.”

Cookies, unlike marshmallows, are crunchy. The crunchiness is taken to mean a “casual” or “dry” relationship. Traditionally, if a woman received cookies from man on White Day, it means “you are just a friend.”

Candy is sweet and it is something you can hold in your mouth to enjoy over a period of time. Therefore, in traditional, if a man gives candy to a woman, it means “I like you.”

In addition to the ones mentioned above, there are many other gifts such as macaroons, puddings, jewellery, accessories, clothing and many more. The meaning behind each gift depends on the location, person, and generation, so people do not strictly follow the custom.

Over the years, the traditional customs of Japanese Valentine’s Day and White Day have slowly diminished. In the early 2000s, women were expecting to receive a gift valued three times more what they had given, nowadays things have changed and it has become more of a symbolic gesture.

Companies are following, becoming more creative in introducing different gift ideas for people to express love towards each other. What gift is given or received no longer matters as long as there is love, everyday can be Valentine’s Day. 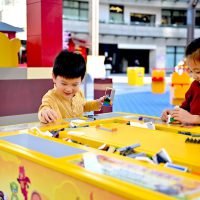 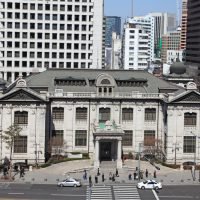 The Bank of Korea lowers its 2020 growth outlook