Crocs and Justin Bieber to collaborate

On 1st October 2020, the Canadian celebrity Justin Bieber posted an image of a pair of orange Crocs floating in a pool and captioned it “soon.” The Colorado-based footwear replied to the post with a green heart emoji.

Crocs did not share any further information. The suggested collaboration of the artist and Crocs made the world excited. In just minutes after Bieber’s announcement, the single photo was enough to surge Crocs’ shares as much as 11%, trading at a peak of US$47.81 on 1st October.

The footwear brand has been teaming up with many different brands and celebrities lately. Just this week, the collaborated glow-in-the-dark Crocs, designed by rapper Bad Bunny, was sold out in 16 minutes after the launch. Other recent partnerships include with artists like Luke Comb and Ruby Rose, as well as brands such as KFC, Peeps, and Barneys New York.

A few weeks ago, the North Face teased a collaboration with Gucci on social media.

More and more brands are sharing news on social media as their press room. Who will be next? Stay tuned as we update you on more exciting collaborations! 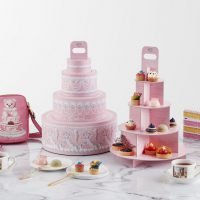 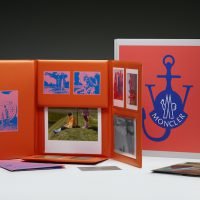 Moncler and JW Anderson present an Exhibition in a Box