Celebrate the Mid-Autumn Festival with mooncakes

The Mid-Autumn festival, also known as the Moon Festival or the Mooncake Festival, is a harvest festival celebrated on the 15th day of the 8th lunar month. This year, the grand festival is on 1st October.

The Mid-Autumn Festival is a harvest festival that has been celebrated since early Shang Dynasty (1600-1046 BC) when people thanked the moon god for the harvest. Today, it is celebrated in many places in East Asia, such as Taiwan, Hong Kong, Mainland China, Japan, Korea, Thailand, Singapore, and Malaysia. Each with their own customs.

Legend of the festival

Like many different celebrations in the Chinese culture, Mid-Autumn Festival also has a legend. The most famous one being the story of Hou Yi, an archer, and his wife, Chang’e. The legend goes that long long time ago, there were ten suns in the sky. The extreme heat made it really difficult for people to live. Hou Yi, as an excellent archer, decided to save the people by using his bow and arrows to shoot down nine suns.

His heroism earned him an elixir from the Queen of Heaven, which if he took, he would ascend to heaven and become a god. However, Hou Yi did not want to leave his wife, so he brought the elixir home and asked Chang’e to keep it safe for him.

Unfortunately, the news about the elixir got into the ears of a villain named Pengmeng, who wanted to be immortal. On one dark night, when Hou Yi was out hunting and Chang’e was home alone, Pengmeng broke into the house and demanded Chang’e to hand over the elixir. In a moment of desperation, Chang’e drank the elixir and started ascending up the sky.

Not wanting to leave her husband, she decided to stop on the moon, the nearest place to the Earth, so that she can still see her husband. Hou Yi, after hearing the news, was desperate, so to commemorate his lovely wife, on the day of the full moon, he would place tables of foods under the moon, hoping Chang’e will one day come back to him.

Eventually, it became a custom for families to gather for a feast under the moon and to give thanks for the harvest of crops.

But what about the jade rabbit? How is it related to the Mid-Autumn Festival?

This is related to another legend of three animals in a forest: a fox, a rabbit, and a monkey. The Emperor of Heaven wanted to test the virtues of the three animals, so he came down to Earth as an old beggar asking for food from the three animals. The fox went to a river and got fish. The monkey went in the forest and got fruits. However, the rabbit failed to come back with any food. Feeling guilty, the rabbit offered herself as food to the beggar and she jumped into the fire. The Emperor of Heaven was deeply moved by the rabbit’s altruism, so he decided to honor her by putting her on the moon,

It is believed that the rabbit is a companion to Chang’e on the moon, and that is why it is often to see pictures of Chang’e holding a rabbit.

What do people do to celebrate?

In addition to gatherings with families and communities for a feast under the moon, eating mooncake is the most common and traditional way of celebrating. Mooncake is a traditional Chinese pastry made from wheat flour and sweet stuffing. The round shape is a symbol of family reunion and it is a tradition for families to share one mooncake, by cutting it into pieces that equal the number of people in the family.

Let’s check out what kind of mooncakes are being offered for this special family day.

Lady M Confections launched a limited-edition mooncake lantern in partnership with Netflix and Pearl Studio’s animated musical “Over the Moon”.

Each year, Lady M would launch mooncakes for a limited time in celebration of Mid-Autumn Festival. This year, the mooncakes are packaged in an exclusive, light-up lantern depicting scenes from the film, “Over the Moon.” It is a story about a young girl building a rocket ship to go to the moon to prove the existence of Moon Goddess.

The Children Are Us x Jimmy

The Children Are Us Foundation is a Taiwanese foundation for people with intellectual disabilities. This year, they partnered with Taiwanese illustrator Jimmy Liao on a limited-edition design for its mooncake packaging. The mooncake set includes three mooncake flavors, lotus seed paste, pineapple and taro, and rose and cheese.

Buono Thailand is a manufacturer of plant-based frozen food and desserts. In celebration of the festival, Buono Thailand presents its best-selling durian mooncake, in collaboration with Taiwanese illustrator Jun-Jun for an exclusive packaging design inspired by the rabbit and the moon.

Green Common, a Hong Kong plant-based grocer and cafe, is also making an effect to keep the Mid-Autumn Festival tradition light and healthy by introducing a new collection of vegan mooncakes. The two mooncake flavors are Figs with Pistachio & Oat and Mixed Nuts with Blueberry & Purple Sweet Potato.

Have a happy Mooncake Festival! 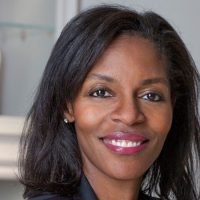 Crocs appoints new Board of Directors
Next Article 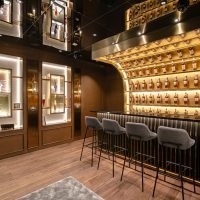 The Macallan Room opens at K11 MUSEA with an exhibition