YOOX NET-A-PORTER GROUP announced the appointment of Geoffroy Lefebvre, currently Group Digital Distribution Director at Richemont, who will become the CEO of YOOX NET-A-PORTER GROUP from 4th January 2021. As per the succession plan, Federico Marchetti will remain Chairman of the Group to ensure a successful transition.

Johann Rupert, Chairman of Richemont, commented: “Richemont’s digital journey, since our first investment in NET-A-PORTER in 2002, to my encounter with a visionary entrepreneur, Federico Marchetti, that led in 2015 to the creation of the YOOX NET-A PORTER GROUP, then its acquisition in 2018, has been fascinating in many ways.”

“I would like to thank Federico for his relentless passion, his energy and his drive in shaping the largest player in Luxury Selective Distribution. He has crafted and delivered the vision that has prevailed since 2000 and has inspired so many. I wish Federico all the best for his future career. And I am happy to introduce Geoffroy, who has been driving the expansion of Richemont’s e-Commerce for the past two years after several other executive positions within the Group. He will now lead YOOX NET-A PORTER GROUP’s teams in their growth journey to delight ever more our customers around the world,” continued Johann.

Federico Marchetti commented: “As part of the succession plan communicated at the beginning of 2020, I am delighted to be handing the baton to Geoffroy Lefebvre as the CEO of YOOX NET-A-PORTER GROUP. We have worked together over recent times and he fully masters our business model. In our 20th anniversary year, it is a fitting moment to kick-start the hand over and I look forward to working with him as Chairman during the transition period.”

“Over the last two decades the Group has grown exponentially, from a fledgling start-up to the biggest player in luxury e-commerce. As an entrepreneur I am proud to have created a tech unicorn and built a digital powerhouse. The Group has solid foundations, which will propel it towards long-term growth. I will continue to innovate combining human touch with digital disruption, while retaining the focus on people, customers and our communities,” continued Federico.

Federico added, “a huge thank-you to all the teams, partners, brands, shareholders – and especially to Johann Rupert – who have created the legendary YOOX NET-A-PORTER Group!” 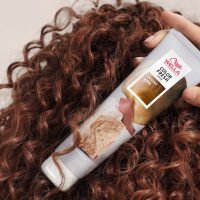 Coty completes the sale of Wella
Next Article 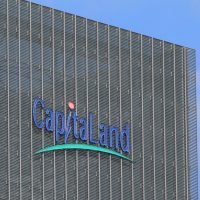